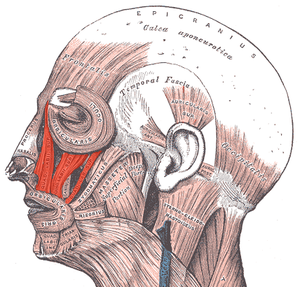 So my flute guru, Keith Underwood, paid me a house visit to give me a lesson. I told him I needed mega help as I am just coming out of that medical-worry funk that stopped me from picking up a flute. Yeah, I know, self-defeating behavior. Sigh. Talk about feeling rusty! I told him that I wanted to continue our discussion of his proper breathing methodology. So we talked about tension in the upper lip and position of the tongue, et al, and how the flute shouldn’t be called a wind instrument but a compression instrument, as playing well is all about that particular compression of air. And that this is all so, so French!  (We rhapsodize over everything French: great French flute playing, French flute treatises, plus the usual stuff). Keith is also a major proponent of the Alexander Technique. For us Alexander Technique people he makes special analogies. So he likened having the correct tension in the upper lip, going up the  levator labii superioris, and the position of the tongue in playing the flute, to the same set-up as hands on back of chair for us AT practitioners. It helps for good use of self; it enables efficient and fabulous embouchure. Hey, as Keith points out, this type of breathing is kind of like an inverse whispered ah. So…I’m practicing this way via De la sonorité of the venerable Marcel Moyse, Debussy’s Syrinx, and a Handel sonata. I just refound my book of Handel sonatas. They are all marked up by one of my old teachers, the late, great, hilarious Harold Bennett. So I see his markings and I am immediately transported back to Jackson Heights and my lessons with him, with his dog Andy hanging around, and Harold’s “homogenizing” of my flute. Well I digress. Well not really. Harold did breathe like this, in his fashion, if I recall. Wish I could go back and time and observe Harold’s use of self while playing! Well, anyway, Keith said to me, after I played a bit of Handel, that I sounded French. Cool, right? It’s all about that breathing, especially thinking taking breaths down to the collar bone and the upper ribs. Little breaths. Little breaths that keep accumulating air so that one needs to play a long line one can effortlessly. Of course for me it’s all about playing with a “stifled smile.” For me it’s finding and thinking the specific analogies and metaphors that work for me so that I can think then execute properly. Sounds very AT, n’est-ce pas? Watch closely as Jean-Pierre Rampal plays. He smiles. So now that my funk is over, and I’ll have lots of time, I’ll be playing lots and lots. And smiling. Oh how I needed that shot in the arm lesson!